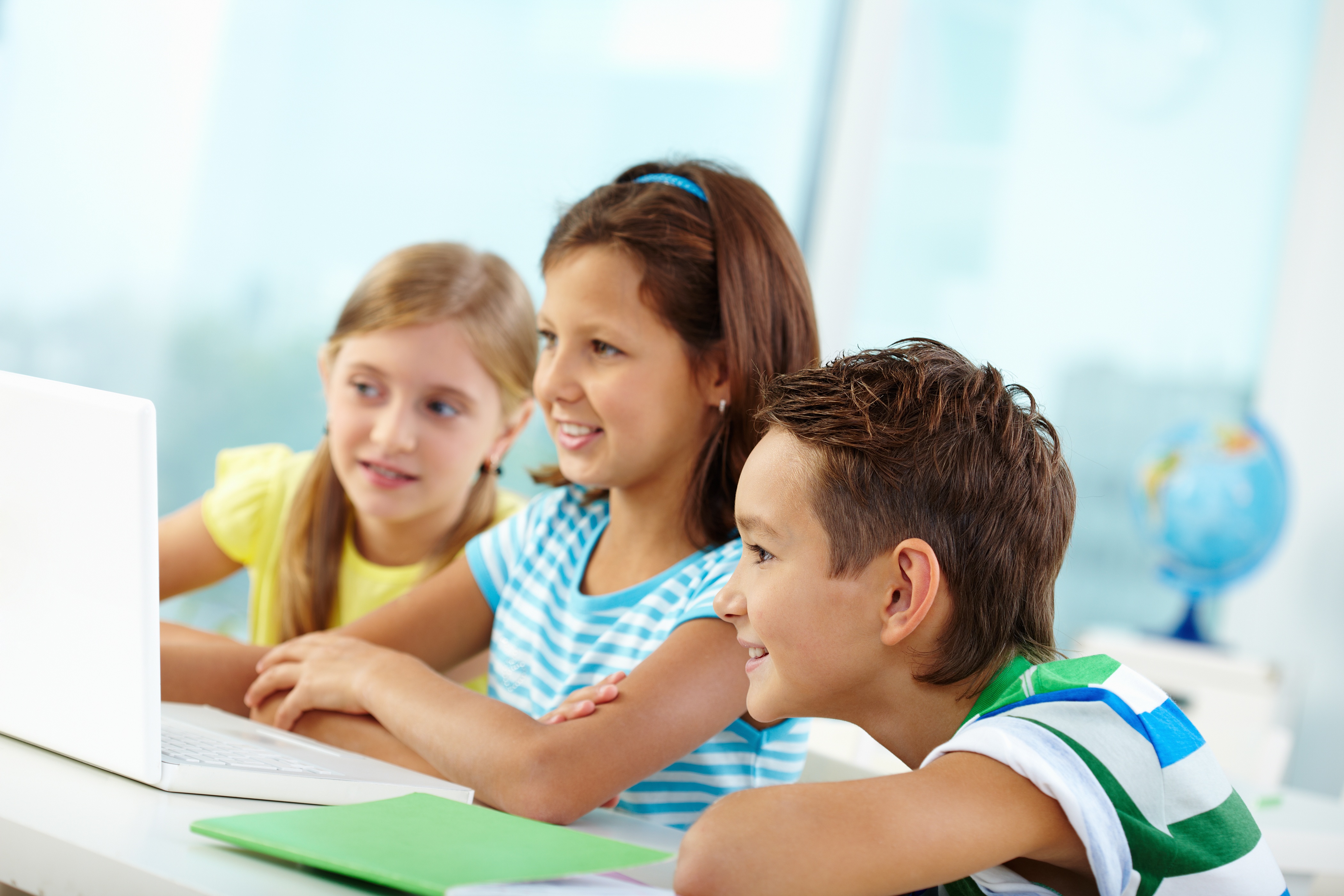 I had the pleasure of visiting Nexus International School (Singapore) in the last week of November and seeing how they are putting the Teamie learning platform to good use in their teaching and learning in the International Baccalaureate (IB) Primary Years Programme (PYP).  For me this was a very interesting experience as I had been an Elementary PYP teacher of grade 2 and grade 5 prior to joining Teamie.  While many schools choose to initially deploy Teamie in their middle school and high school programs, Nexus uses it as a tool to organize and communicate teaching and learning in primary school units of inquiry (UOI).  One of the reasons for joining Teamie initially was that I identified it as a tool that I would have had loved to integrate into my teaching and use the features of the tool to organize my units of inquiry, further motivate and engage my students, exhibit student learning and action and better meet the teaching and learning goals of the PYP IB programme.  As I continue to better understand all the facets and capabilities of the platform and experience its continued development, I always revert to envisioning how I would have used those tools in my own PYP classroom, so I was excited to be invited to Nexus and see where their usage of the platform aligned with my own ideas and where it went beyond.

Teaching, Learning and Reflecting in a Unit of Inquiry Class

I was welcomed into Mr. Zach’s Year 5 classroom. Their inquiry unit was How the World Works and they were enquiring into the central idea (CI) “Scientific understanding of material helps us meet our changing needs”.  A bright young man named Archie had volunteered to show me some of the work they had been doing in this inquiry with the help of the Teamie platform.  Firstly there were 7 lessons for the unit that had been built by Mr. Zach in the materials section of the platform, roughly following the inquiry cycle (Tuning in, Finding out, Sorting out, Going Further, Reflecting, Taking action.) Mr. Zach would post a quick question in the class newsfeed and get comments and feedback from learners.  In some cases, he'd run a formative assessment of prior knowledge through a Quiz on Teamie and instantly see which questions the learners were having trouble understanding. Student initiated questions or response comments helped drive and direct inquiry. Useful sources of information were organized and shared by both Mr. Zach and the students, in lessons and newsfeed posts. 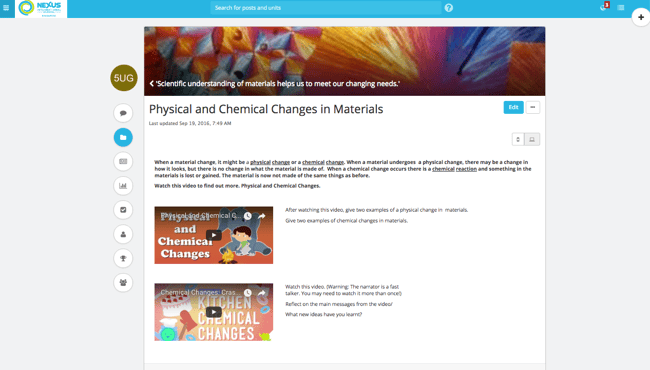 What Archie was showing me on this particular day was them wrapping up their unit by using the Stories feature to reflect on the unit and mainly the summative task where they did procedural writing of science experiments and performed those experiments for a Year 4. This tool was used to reflect on the task but also housed and exhibited the key elements of the process. After completion it was shared so others could provide peer feedback on not just the end result but the whole process.

I had noticed that students had used different tools and applications to express themselves and the manner & ease with which other technology tools and applications were integrated into the classroom stood out to me. The advantage of this flexibility was that it allowed the students to use applications that they were comfortable with and hence their reflection on the summative  showed a nice array of skills and multiple intelligences that were being exercised.

For example, first Archie had used Doodlecast, a video presentation app, on his iPad to record a reflection and then he uploaded it in his Story on the Teamie learning platform. He had also uploaded the Google slide on which he had done the procedural writing of his experiment following the scientific method taught in one of the earlier mentioned lessons that Mr. Zach had designed using the native Teamie lesson building tool.

I also saw the Teamie platform playing a big part in the Action component of the inquiry cycle. Housing, promoting and eliciting action from the students of Mr. Zach’s class. First off one of the classrooms which all the students were members of was specifically devoted to and entitled Action.

I think that much of the student action happening daily goes unrecognised or unrecorded but thankfully Teamie has many features which capture these small pieces of anecdotal evidence of student action.  I’ll share with you some that I observed, in the time I spent in Mr. Zach’s class.  One student had shown the initiative to experiment with Stories, publishing and sharing the first Story on Teamie in this class. The Story was entitled ‘Techkid’, a collection of images and links to useful apps he had encountered which he felt would be beneficial to his peers in their integration and understanding of technology and would compliment their use of the Stories app as they moved forward in the school year and continued to publish their learning on Stories.  In this way the student of their own volition was using Stories as an ongoing shared blog to communicate ideas and connections he’d made in his learning with others. 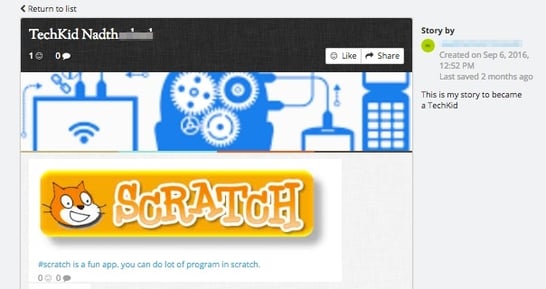 If we consider action any time students are ‘Sharing and presenting findings, teaching others, taking action based on what has been learned to make a difference’,  then every time a student publishes a Story on Teamie , posts a comment, question or thought in news feed or shares in some form their learning being used to make a difference, it is encouraging and exhibiting action.  The Stories that students were writing were action, the presentation of their experiments to the Year 4s was action, the comments and questions posted throughout the unit were actions, the Techkid blog is action, feedback provided on each others Stories is action and sharing their experience with me was action. So thank you very much to Archie and Mr. Zach’s class for giving me some insight into how Teamie can enhance inquiry and action in a PYP classroom. 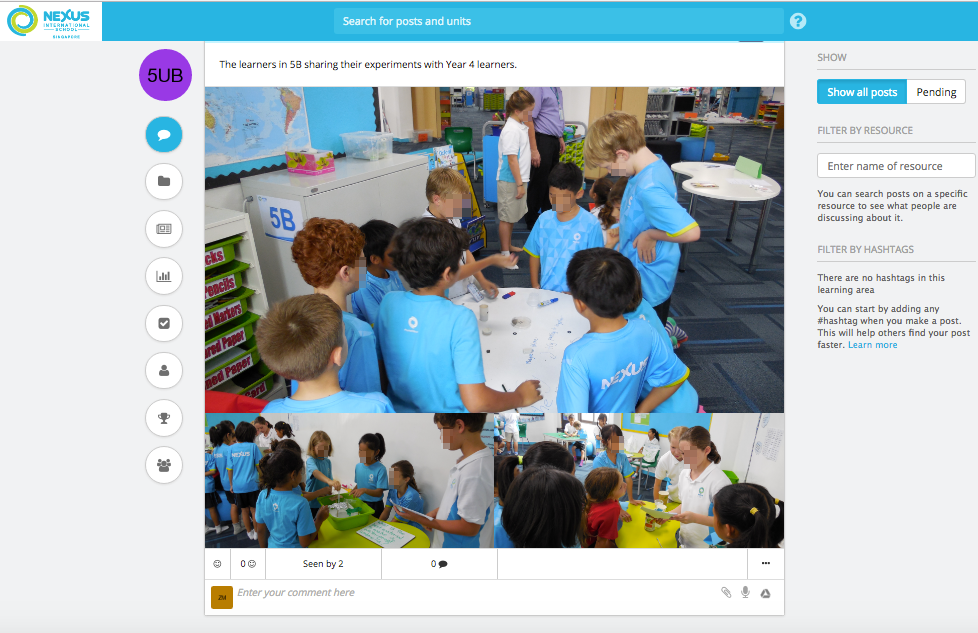 Want to learn more about how to enhance pedagogy in your school by using technology? Download the case study on UWCSEA, from the leading research firm Ovum, that highlights how UWCSEA have used technology to enable instructional strategies in their school.

Build a Learning Community instead of e-Learning

How to make trainings fun and engaging in the workplace